Fort Lauderdale hosted the Fifth Annual Southeast Florida Regional Climate Leadership Summit (SFRCLS), an event that grew out of the groundbreaking Southeast Florida Regional Climate Change Compact (SFRCCC).  Mayor Seiler welcomed nearly 400 people to the event, which took place at the Broward County Convention Center on November 7 and 8, 2013.  Elected officials and staff from all levels of government, joined scientists, educators, business leaders, NGO representatives, students and concerned members of the community to hear the latest data on sea level rise, review our progress toward SFRCCC goals, exchange ideas about how to build resilient communities and continue to forge the relationships that have made the regional compact a model for the nation and the world. 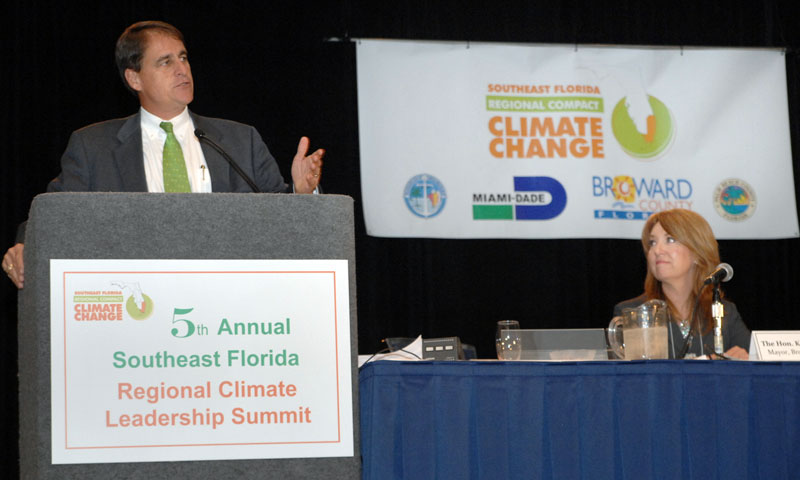 During the Summit attendees enjoyed an atmosphere of inquiry absent partisanship.  Among the things to see and learn were innovative methods of financing resilience initiatives and updated tools for mapping the impacts of sea level rise and flooding.  Attendees heard about the opportunities presented by President Obama’s 2013 Climate Action Plan as well as the challenges that climate change presents to the real estate and insurance markets.  Other summit participants included representatives of municipalities that suffered the impact of Superstorm Sandy and representatives of organizations that are building the grassroots commitment to resilience through youth education and individual participation.

Bob Perciasepe, Deputy Administrator of the U.S. Environmental Protection Agency, delivered the opening keynote address.  Praising South Florida for meeting the climate challenge head-on, he inspired the crowd to embrace clean energy with a “full-throated cheer” due to the positive impacts it can have on the environment and the local economy.  He also noted that reducing heat-producing emissions is critical to areas like South Florida in terms of their ability to address sea level rise.

Closing keynote speaker Dr. Debra Roberts, Deputy Head of the Environmental Planning and Climate Protection Department of eThekwini Municipality (Durban, South Africa) praised the City of Fort Lauderdale in her closing address for being the first city in the United States to sign the Durban Adaptation Charter (DAC). Dr. Roberts went on to discuss how the SFRCCC serves as a model for the DAC and how the City of Fort Lauderdale is contributing essential expertise to further sustainability efforts worldwide. 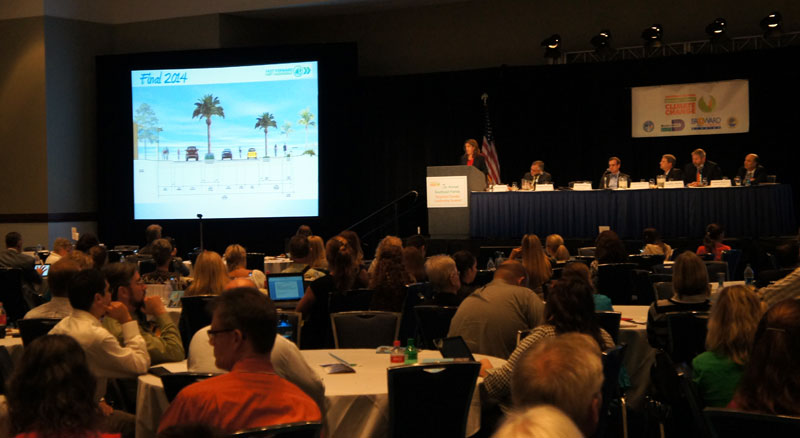 Highlights of the Summit included:

City of Fort Lauderdale employees from several departments attended and staffed the event.

The Summit closed with Water Taxi and Sun Trolley tours, which gave attendees an opportunity to see the sustainable initiatives Fort Lauderdale is putting into place.

This is the second time that Fort Lauderdale hosted the event.  The inaugural Summit took place here in 2009.  The SFRCCC is a four-county alliance that represents more than 5.6 million neighbors. 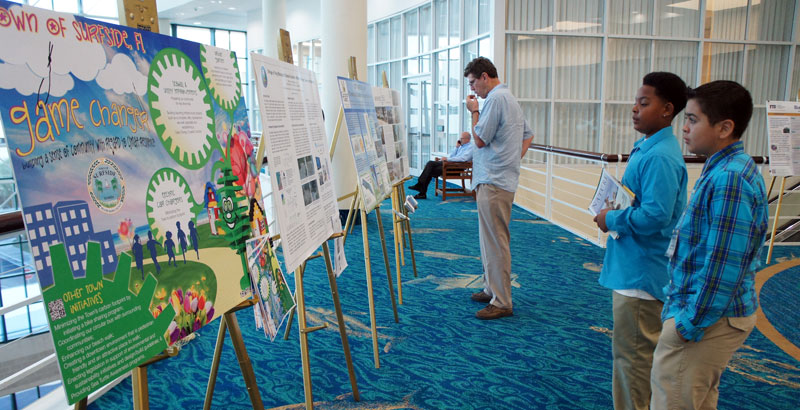