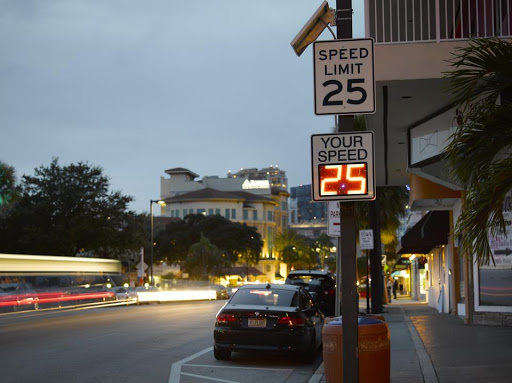 A third element of making streets better for everyone is a focus on cars-- specifically on slowing them down in areas where pedestrians, cyclists,wildlife, community gatherings, schools, and other at risk groups or areas are likely to be. When we speak of "risk" here, we are specifically referring to being at risk for vehicular collisions.

Calming traffic is of benefit not only to people on the ground, but also to drivers, most of whom prefer additional safety measures that make it easier for them to see upcoming stops, crosswalks, intersections, pedestrians or cyclists, medians and other vehicles.

Through a combination of technology, design and public education, Fort Lauderdale is making strides in this area. Our efforts includes projects such as:

You can find out more about these efforts and others to calm traffic at the Transportation and Mobility webpages.