Renewable energy sources are those that are constantly replenished or renewed, allowing us to harness their energy potential without depleting them.  Types of renewable energy include solar, wind, bioenergy, geothermal, hydropower, current and wave energy and hydrogen energy.  Currently, the United States relies heavily on coal, oil and natural gas for its energy; all of which are non-renewable resources.  These resources have the potential to diminish and eventually become too environmentally harmful or expensive to extract.  This is why it is important to explore the potential of renewable energy sources. 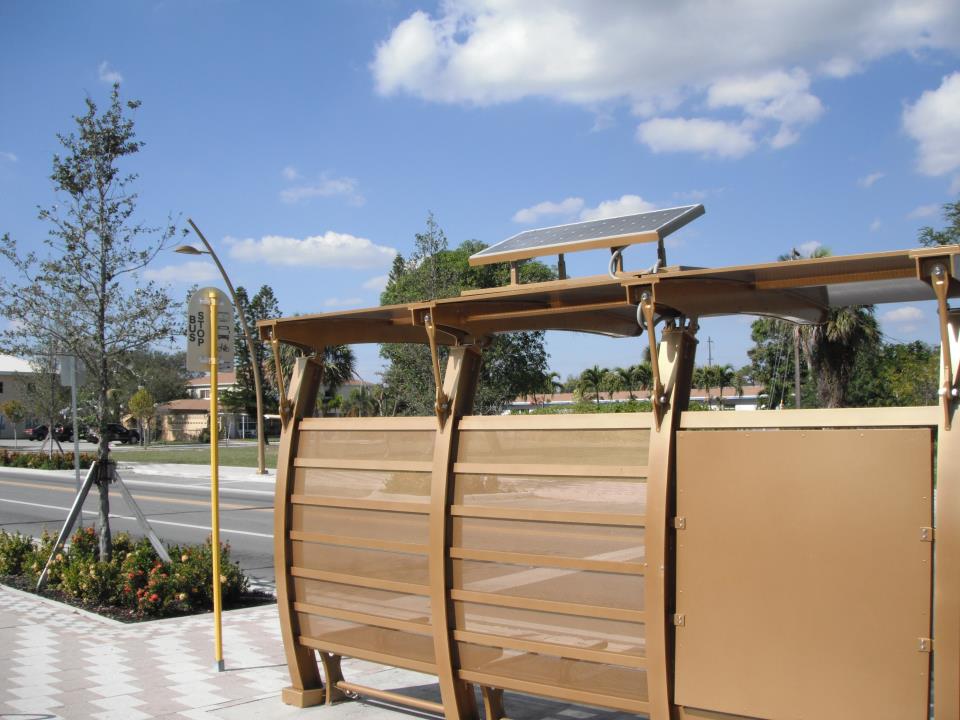 Solar energy is harvested through photovoltaic systems which use semiconductors to convert solar radiation into electricity.  In addition to generating electricity, the solar energy can be used to heat and light homes, hot water heating, solar cooling and other commercial and industrial uses.  Follow the button on the right to learn more about Fort Lauderdale's involvement in bringing solar energy to our city.

The sun’s heat also drives the wind, whose energy we can capture with wind turbines and generate electricity.  Wind is renewable because matter how much is used today, there will still be the same supply in the future.  Wind energy is also a source of clean, non-polluting, electricity.  Unlike conventional power plants, wind power plants do not emit air pollutants or greenhouse gases.  Did you know that Fort Lauderdale is starting to employ wind energy?  Click on the wind energy button to the right to find out more about wind energy in your city!

Geothermal energy uses the Earth’s internal heat to produce electric power and heat and cool buildings.  This type of energy is clean and sustainable.  In the United States most geothermal reservoirs are located in Hawaii and Alaska.

Water in the form of rivers, streams or oceans can be used to produce energy.  For example, the energy from a river’s current can be harnessed to produce hydropower.  The ocean can be used as an energy source in many ways; its currents and waves can produce mechanical energy.  The Southeast National Marine Renewable Energy Center (http://snmrec.fau.edu/) (SNMREC) at Florida Atlantic University is a national center for ocean energy research and development funded by the U.S. Department of Energy.  The SNMREC oversees research and development of technologies capable of generating renewable energy from ocean currents and ocean thermal energy which are found in the Florida Straits and Gulfstream.

Lastly, hydrogen (Earth’s most abundant element) is found in many organic compounds and also water.  It naturally does not occur as a gas because it is combined with other elements, but once it is separated from another element it can be burned as a fuel or converted into electricity.