Manatees are large, slow moving marine mammals that are gentle in nature. There are three species of manatees, the Amazonian, the West Indian, and the West African. The West Indian manatee is found in waters along the coast of the southeastern United States and the Caribbean. The Florida Manatee is a subspecies of the West Indian manatee that lives in Florida, and up the southeastern coast into Georgia and the Carolinas. In the Gulf, Florida manatees can be sighted as far west as Texas. It is during the winter that manatees are most often found in the warm waters of South Florida. 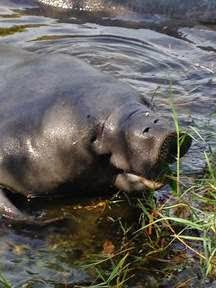 Manatees are on the endangered species list meaning that they could possibly become extinct.They are protected by federal law under the Endangered Species Act of 1973 and the Mammal Protection Act of 1972. West Indian manatees have special protections in Florida by the Florida Manatee Sanctuary Act of 1978. Violations of these federal or state laws can be met with civil or criminal convictions associated with monetary fines and/or imprisonment.

Manatees are on the endangered species list for several reasons: a high mortality rate brought on by habiting cold waters for extended periods; a birth rate is much lower than the death rate of manatees; and, human interaction such as motorized watercraft strikes. Manatees may also get trapped or crushed in flood gates and locks, and ingest fish hooks, lines, and nets.

There are two types of No Wake Zones in Fort Lauderdale and throughout the State of Florida: Vessel Speed Restrictions and Manatee Protection Zones.

The first, Vessel Speed Restrictions, restrict hazard to others on the water. There are two types. In an “Idle Speed-No Wake” zone, vessels must operate at a minimum speed that allows the vessel to maintain headway and steerageway. In the second, the "Slow Down - Minimum Wake," marine travelers must operate fully off-plane and completely settled in the water.

The second No Wake Zone is the Manatee Protection Zone established to restrict speed and operation of vessels in specific areas. These protect manatees from collisions with vessels and from harassment from humans. In these areas, rules can prohibit entry and limit the types of activities that occur in the area. 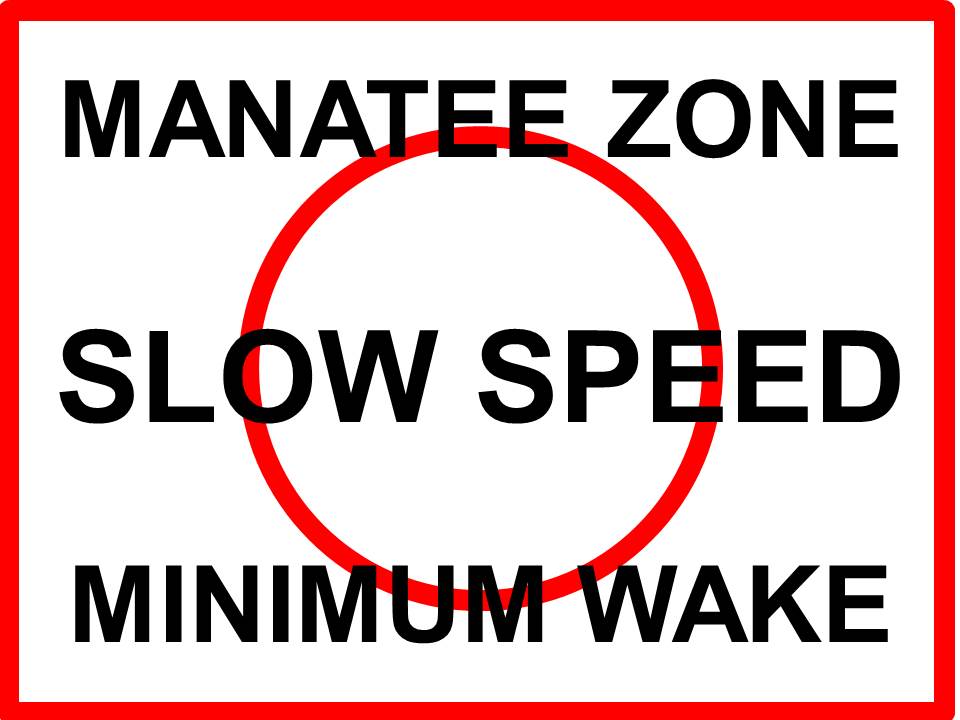 Look for and abide by these signs on Fort Lauderdale waterways.

Learn more about the Broward County Manatee Program and check the Boating Restricted Areas before you go out on the water! The Florida Fish & Wildlife Conservation Commission has a variety of resources to help you get to know and protect manatees. Visit the FWC’s Where Can I See Manatees? page which provides Viewing Guidelines for spotting them in the wild or captivity. View the FWC’s Boaters Guide to Living with Florida Manatees, as well as their page on Manatee Protection Zones. To report an injured, dead, harassed or orphaned manatee call FWC Wildlife Alert at 1-888-404 FWC (3922) or *FWC/#FWC from a cellular phone.